Texas is one of the most dangerous states for motorcyclists. Texas motorcycle accidents have been increasing throughout the years but experienced a spike in fatalities back in 2020 with a steady increase into 2022. The Texas Department of Transportation, TxDOT, has a statewide motorcycle safety campaign called “Share the Road: Look Twice for Motorcycles,” which started to help motorists remember to check for motorcyclists on the road.

Lane Sharing/Splitting is Illegal in Texas

Texas Transportation Code 545.060 states that motorcyclists and all road users must remain in a single lane, meaning going in between lanes is not allowed. Law enforcement will pull over Texas motorcycle riders for lane splitting or lane sharing.

Lane sharing and lane splitting is something that motorcyclists can do in some states where they can pass slow or stopped traffic in the same lane or two motorcycles share a lane on the road. It is illegal in Texas because of the potential risks of falling into a vehicle’s blind spot and causing an accident.

Lane splitting has a higher chance of leading to a motorcycle accident because riders go in between other vehicles during slow or stopped traffic. Traffic can start moving anytime, and being trapped between vehicles is a recipe for a motorcycle crash. However, most advocates for lane splitting say it helps reduce the number of rear-end accidents. In 2021, the TxDOT reported that 521 motorcyclists were killed, and about 45% of them were not wearing a helmet. Texas motorcycle fatalities can be caused for several reasons that can be influenced by other drivers and motorcyclists. Being a motorcyclist, you will already know the risks that are involved with riding a motorcycle. Regardless, knowing what you can do as a rider and what other drivers can do to lessen the chance of a potential motorcycle accident can help save a life.

The “Share the Road: Road Twice for Motorcycles” campaign advises drivers to be more aware of motorcyclists on Texas roads. They share safety tips to drivers to help avoid being part of the common causes of these accidents. When sharing the road with a motorcycle rider, Texas drivers should pay attention fully and double-check when changing lanes or making left or right turns.

There should be a good amount of distance between a vehicle and a motorcycle. When slowing down, motorcyclists will downshift, which doesn’t trigger the brake lights. This can catch drivers off guard and cause a rear-end accident. Above all else, drivers and motorcyclists should be mindful of the speed limits and avoid fast lane switching.

There are many safety precautions motorcyclists can take for Texas motorcycle accidents to help avoid severe injuries or death. Safety gear can be worn to help aid in potential road rash, head injuries, and fractures.

Wearing a helmet can help with head injuries, traumatic brain injuries, and death. As we mentioned before, about 45% of the 521 Texas motorcycle accident fatalities were because the drivers and passengers were not wearing a helmet. Traumatic injuries can range from mild concussions to severe body paralysis or brain death.

When an accident occurs, the rider will be thrown from the motorcycle, and if they are not wearing long sleeves or long pants, they are more at risk for road rash. Severe road rash can be very traumatic and expensive when needing to treat it. There are three types of road rash that can be experienced:

Texas motorcyclists can help boost their road visibility in several ways! For motorcycle accidents that occur at night, riders can wear reflective gear, make sure the bike’s lights are working properly, add reflective tape to the body of the bike, and ride with a group. 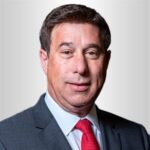