Distracted driving is incredibly dangerous, yet people do it every day. When people cause accidents by taking their mind off driving, their eyes off the road, or their hands off the wheel, they should be held responsible for the resulting damages.

But for car accident victims, it is not always easy to prove that the driver who hit them was distracted. 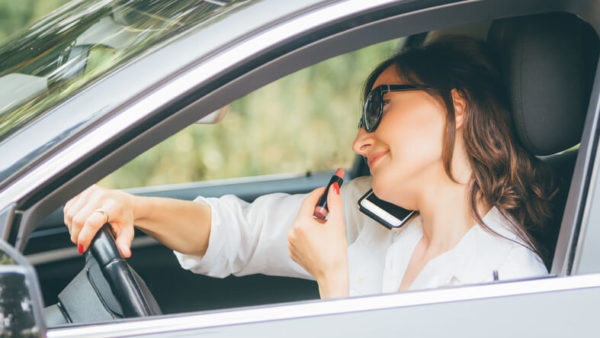 The Burden of Proof

A single piece of evidence or one eyewitness is usually not enough. Even police report findings can be ignored if they exist on their own. Instead, the gold standard is for several pieces of evidence to merge together to build a consistent story.

Working with a Nashville car accident lawyer can help you build a stronger case. Your attorney is the best person to build a trustworthy narrative presenting a negligent, distracted driver. They will work to gather as much evidence as possible from the accident scene and use it to corroborate facts noted in the police report. They may also subpoena phone records, CCTV footage, and any other materials available.

The following are six forms of proof you and your attorney can use to help support your personal injury claim after a distracted driver accident.

An Admission of Guilt

The strongest evidence that can support an allegation that a driver was distracted is a confession from the driver themselves. Many times, a driver will waive their right to a neutral investigation by admitting guilt, often immediately after the accident. They may say something like, “I’m so sorry! I got a text and didn’t see you!”

This admission of guilt is always included in the police report if an officer is called to the scene. However, new facts may reveal that the driver was not 100% at-fault, so an admission does not mean that the case is open and shut. In fact, the driver can recant their admission later. If it is considered hearsay, the injured plaintiff may not be able to introduce the evidence.

Some police departments in Nashville see hundreds of accidents a week. Officers learn to pick up on certain patterns and connect evidence. For instance, a sober driver would have typically noticed a hazard or traffic sign. If the driver in question did not, police may assume that the driver was distracted. The driver’s statements and evidence at the accident scene can confirm this suspicion.

A Tennessee accident report even has a space for the police to mark down whether or not it was suspected that one or more drivers were distracted at the time of the accident.

An initial police report is a strong piece of evidence, but not the final word on the matter. Police only conduct a full investigation in situations where there were significant losses, deaths, or a suspected crime that has not yet been proven.

Even when an investigation results in charges, the defendant has the opportunity to try their case in a court of law before they will be found objectively at fault.

Eyewitness testimony is a key component of any distracted driving allegation. Physical evidence only tells part of the story, and something can be explained another way even when all the pieces seem to add up.

An eyewitness, however, can testify that they saw the defendant using their phone or engaging in some other sort of distraction.

Having multiple eyewitnesses, a police report, and some sort of physical evidence of distraction can be considered the true gold standard in proving fault.

Expert witnesses certify that they have knowledge and experience for whatever domain they are forming an opinion about. Obtaining expert testimony can help connect the dots of existing evidence or strengthen a narrative, but it can rarely argue conclusively that something did or did not happen on its own.

As such, expert testimony is often used only when a case goes to trial. A personal injury attorney will strengthen their client’s case by making a more convincing argument based on existing evidence.

Physical evidence includes both evidence inside and outside the alleged at-fault driver’s car.

Roadside evidence can reveal that the driver likely wasn’t exercising due care and attention. This type of evidence includes tire tracks that show late braking, tire marks in areas off the marked roadway, or obvious collision points in an intersection where most people would yield.

In the absence of visual obstructions, slippery conditions, or some sort of other triggering factor, pieces of physical evidence like these can make it clear that a distraction or inattention was a contributing cause to the accident.

Evidence inside the vehicle can include a recently used cell phone, an open book, open fast-food containers, a loud radio, and so on. The presence of these possible distractions is not a “smoking gun,” but they do help police and injured plaintiffs corroborate allegations.

Phone Records and Other Electronic Records

Subpoenaing phone records and other electronic data might seem like a surefire way to prove a case, but there are three main challenges.

First, records must be requested, which can be a long process. If the cell phone carrier or entity that holds the records refuses to release them voluntarily, your lawyer has to obtain a subpoena and/or an order to produce. This takes time, delaying the results of your trial.

Second, data like CCTV footage gets deleted continuously. If an accident victim is unable to obtain the footage in time — often as little as 24 hours — the footage could be gone forever.

Third, evidence of phone use during a drive does not necessarily indicate that the defendant was distracted at the moment the accident happened. While distracted driving in general points to negligence, plaintiffs should attempt to gather additional forms of evidence for their allegation of fault.

With enough evidence, many insurers will offer a fair settlement without going to court. In the event a reasonable settlement cannot be reached, your attorney will be willing to take your case to court to present your evidence in front of a judge and jury.

Were you injured by someone you suspect was distracted while driving? Do you have any questions about a possible personal injury claim? Speak with one of our Nashville car accident lawyers during a free, no-obligation consultation.

For a client who suffered a neck injury in a car accident and endured pain and suffering that affected her ability to work and to play with her grandchildren… Steinger, Greene & Feiner Wins $1.37 Million for Client Who Suffered Neck Injury In Car Accident Steinger, Greene & Feiner firm partner Neil Anthony and attorney Concetta Camacho are a powerhouse END_OF_DOCUMENT_TOKEN_TO_BE_REPLACED