There have been new developments happening on Interstate 4 in Orlando. The I-4 highway express lanes have become available for public use on February 26th. The purpose of these new express lanes is to help drivers avoid congested areas traveling longer lengths on I-4. The express lanes span 21 miles on I-4 and have seven entry ramps and eight exits along the east and westbound lanes, ranging from Kirkman Road to State Road 434. I-4 is a highway infamously known for the frequent Orlando car accidents and is deemed one of the most dangerous highways in the United States. Typically, with highways, car accidents follow the results of speeding and stop-and-go traffic. However, I-4 has a history of having many wrong-way driving accidents occur.

Drivers Allowed on I-4 Express Lanes

Only vehicles with two axels are allowed to use the express lanes. The Florida Department of Transportation has noted that transit buses and school buses may use the I-4 highway express lanes as long as they are preregistered to use them. This would allow vehicles driving their everyday commutes on I-4 to avoid congestion on the main road. The I-4 express lanes were toll-free for the first five days following the opening of the lanes to allow drivers time to adjust and test out a new route.

For drivers to use the I-4 express lanes, they need to be equipped with a transponder:

Any transponders listed above can be used when taking the express lanes. There will be no toll-by-plate or cash tolls available for drivers, and drivers who fail to use a transponder will have to pay a $25 fee along with the toll cost.

Within the first weekend of the express lanes being available, the FDOT recorded 190,000 transactions on Saturday and 260,000 on Sunday. On the following Monday, they noted that the busiest entrance/exit was near the 408 interchange downtown and that many drivers used the westbound lanes than the eastbound lanes. If you would like to view the new I-4 express lanes before you head out, I-4 Express is a great tool to use to plan out your route beforehand or find the entrances and exits that would benefit you! Notoriously, I-4 is known for the mass amounts of car accidents that take place. Many car accidents are due to drunk driving, speeding, or out-of-state visitors who are on vacation that do not know the road well enough. The I-4 highway express lanes were also meant to help lower the chances of speed-related car accidents. However, this seems not to be the case so far. The Florida Highway Patrol issued 77 speeding tickets to drivers using the express lanes within the first weekend. Many tickets were issued for speeds over 90MPH when the speed limit for the express lanes is set to 60MPH. The drivers who received these tickets were under the impression that the express lanes meant they could drive faster, which is definitely NOT the case.

Speeding isn’t the only culprit that has become apparent since opening the I-4 highway express lanes. Many Orlando natives are aware of the wrong-way detective systems used at several entrances and exits on I-4. The wrong-way signs flash bright lights to alert the dangerous driver they are headed the wrong way. There are also cameras set up to snap a photo of the car and driver, then send that alert to the local police so they can find that driver immediately to prevent an accident. However, this system was not implemented for the I-4 highway express lanes, and likely won’t be until 2023. Currently, some cameras monitor portions of the express lanes, but none track vehicles driving the wrong way. 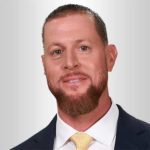