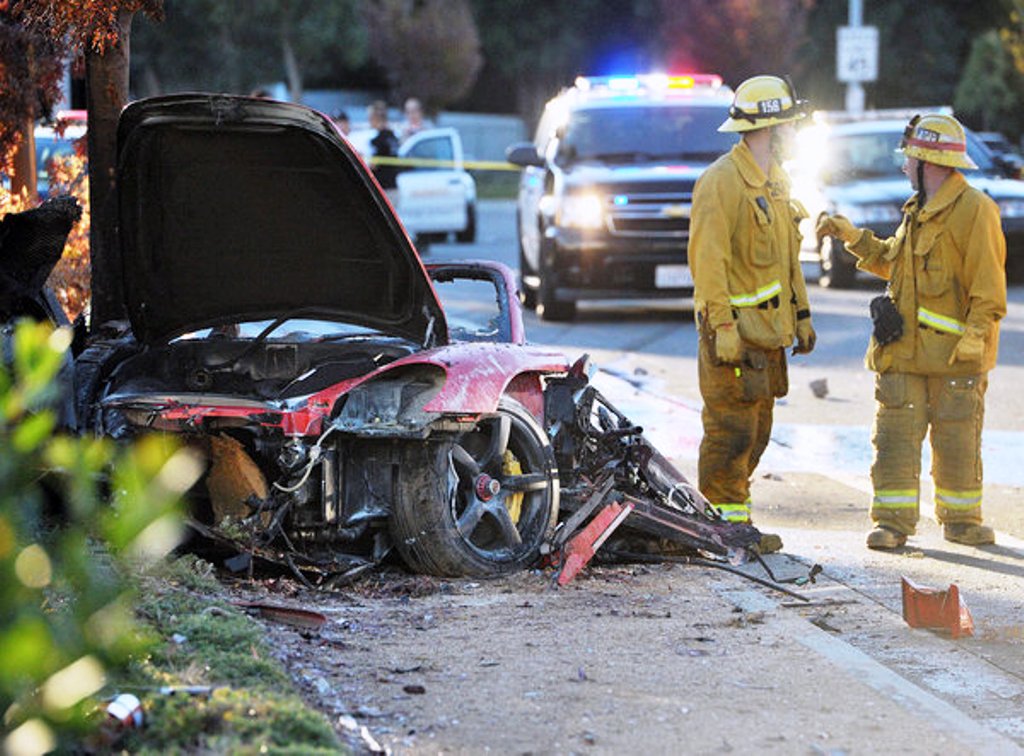 When it comes to celebrities, some don’t have good luck on the road. Some have driven recklessly and with disregard, while others have been passengers in accidents. Unfortunately, some celebrities have been killed in car crashes. While come accidents are quick to make the news, others aren’t so well known. Here is a list of 10 celebrities that have been involved in terrible car crashes.

Walker’s accident made the news for several weeks in 2014. He was killed in a single-car accident after his friend, Roger Rodas, drove into a tree. Rodas was driving an estimated 90 mph when he lost control, crashed into a utility pole and then two trees. The car caught on fire and both men perished in the accident. Walker died of traumatic and thermal injuries.

Dunn is not well-known to everyone, but those who are fans of the “Jackass” franchise know him well. He was killed in 2011 when his Porsche, traveling at an estimated 130 mph, hit a guardrail, crashed through the woods and then caught on fire. Both occupants of the car were killed. Toxicology reports showed that Dunn’s blood alcohol level was over twice the legal limit.

The popular member of the trio “TLC” was killed in a car crash in 2002. She was trying to pass a truck, was blocked by another vehicle, swerved and lost control of her SUV. The vehicle went into a ditch, hit two trees and rolled multiple times. All of the people in the vehicle were ejected but Lopes was the only one to lose her life.

Popular for creating Star Wars, Lucas was involved in a car accident when he was in high school. He was driving his car when another vehicle hit him at 90 mph. Lucas’s car flipped several times, but the teen was able to fully recover from his injuries. His plans of becoming a racecar driver ended on that day.

In 2014, Morgan was hospitalized after the limo bus he was riding in was involved in an accident in New Jersey. A Walmart truck driver fell asleep at the wheel and crashed into the limo. A passenger in the limo bus died, and Morgan suffered with broken ribs and legs along with a broken nose. Morgan later sued the truck driver.

The Arnold was involved in a motorcycle wreck in 2001. He was driving in Los Angeles when the car in front of him stopped short. He swerved to avoid hitting the car and ended up hitting his windshield with his chest. In 2006, he was riding a motorcycle when a car backed in front of him. He and his passenger collided with the car but no one was seriously injured.

Ms. Estefan could have died in a terrible accident in 1990. The tour bus she, her family and nine others were in was struck by a semi truck in Pennsylvania. Estefan suffered a broken back for which she receive titanium rods. It took Estefan six months to learn how to walk again. The famous singer ended up making a full recovery.

Taylor was involved in an accident in Georgia in 2001. The driver of the car she was in tried to answer his cell phone, lost control of the vehicle and hit a utility pole. Taylor suffered internal injuries that included liver damage and a collapsed lung. She was in a coma for over a month and bedridden for another 30 days. She also underwent more than 50 operations to fix her body.

It was back in 1981 that Eric Roberts, brother of Julia, almost died in a car accident. Roberts ended up in a coma that lasted for several days. He also suffered a bruised brain, facial trauma and broken bones. He was in the hospital for a month recovering from his injuries. As a result of his new facial features, Roberts frequently finds work playing villains.

Star of “The O.C.,” Bilson was involved in a near-fatal wreck when she was just 14 years old. She and some friends were in a vehicle driving down the Pacific Highway when they crossed into the other lane, crashing head-on into another car. Bilson was seriously injured and remained in a coma for two days. Bilson suffers with headaches and memory loss to this day, and another passenger in the car was paralyzed.

Car accidents occur in our country on a daily basis and we often hear nothing about them. Because these crashes involved celebrities, some received extreme media attention. If there is one thing to take away from any of these accidents it is to always be careful driving.

If you or a loved one has been injured in a car accident in Miami, call our office. A member of our team will review the details of your accident and advise you of your options. Call now for assistance.

For a client who suffered a neck injury in a car accident and endured pain and suffering that affected her ability to work and to play with her grandchildren… Steinger, Greene & Feiner Wins $1.37 Million for Client Who Suffered Neck Injury In Car Accident Steinger, Greene & Feiner firm partner Neil Anthony and attorney Concetta Camacho are a powerhouse END_OF_DOCUMENT_TOKEN_TO_BE_REPLACED

For a group of men who were injured in a Chipotle Mexican Grille when the chain failed to maintain proper safety standards… $1.35 M Jury Verdict After Slip and Fall at Popular Mexican Grille WEST PALM BEACH – Neil Anthony and Michael Shiver of Steinger, Greene, & Feiner law firm obtained a $1.35 million verdict for a victim END_OF_DOCUMENT_TOKEN_TO_BE_REPLACED